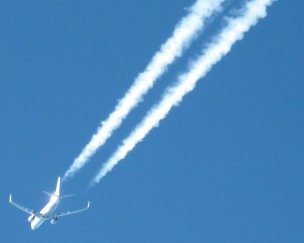 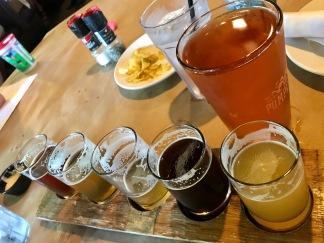 Excellent question, the answer to which will probably change week to week.  I’m still trying to get my head around it.

The simplest answer is that we’re taking advantage of the selling of our house and moving to travel the country for a year in an RV.

It gets more complex when you throw in the homeschooling (actually “roadschooling”), the fact that we’re both still working (me full time and TC part time as a Navy Reservist), and the intention to spend a few of the winter months in Europe.  It gets even more complex when you consider the fact that as of now our house hasn’t sold at all and we have only a very foggy idea of where we might be moving to after this is over.  If the house sells, of course.

In a larger sense, we’re trying to use a rare window of opportunity we managed to recognize in order to do something at least somewhat extraordinary as a family.

Other than the broad lines, we don’t have a plan.  Or maybe more accurately, we have lots of plans.  Plans upon plans.  Study the history of the US, trace Lewis & Clark’s path West, study Western civilization in Europe, ski the Alps, see the total solar eclipse from the top of the Tetons, learn to surf and river kayak, hike a lot, bike a lot, visit friends, make new ones, live distilled, don’t worry, eat well, be flexible, gain some life skills, and oh-by-the-way decide on a new place to live by the time we’re done because it will be crystal clear by then.  Of course. Hm.

In reality, though, we’re already living out most of the clichés about “plans,” and were before we even left Maryland.  We’ve joked that we’re so far past plan A, plan B, plan C, etc that we’re well into the double letters.  And that will continue.  We may not even end up traveling for more than a few months, due to the aforementioned unsold house, or maybe other factors we haven’t yet imagined.  But we’re OK with that.

Which isn’t to say that this isn’t terrifying at times.  It is.  I’d like to think we have no illusions about what the reality of full time travel with a family of five in 300 square feet of mostly moving parts will be, but that would be silly.  Of course we do.  We have no clue.

That doesn’t answer the question nearly as well as I’d like; as of now I’m OK with that too.