As under the radar as my time in Maryland had been, we similarly departed Park City most covertly. We packed up (Flight was well versed in doing so having moved to three campsites in as many days while I was away – !!!) and got on the road.   Our travels to Idaho provided sights unlike anything I’d ever seen before, even though I had routinely made the trek to Pocatello from the U for my NROTC Unit recruiting duties.

I mean, seriously, what is this? 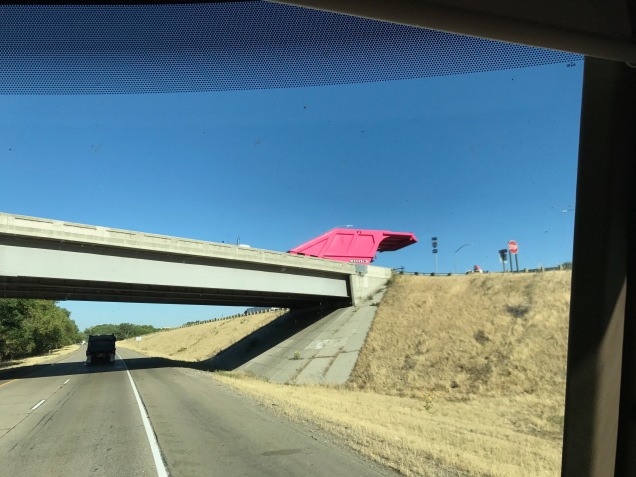 There were several in caravan. Perplexed, I snapped this pic when they got off the highway. ??!!?! No idea.

Then the landscape evolved from Park City-esque to Napoleon Dynamite’s natural habitat in about 15 minutes. 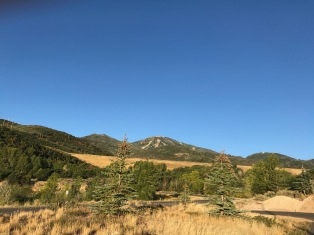 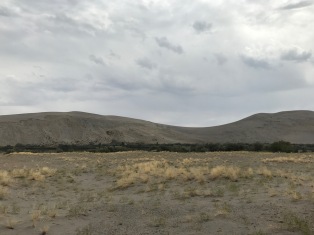 Flight perfectly described how unpleasant our prospective campsite at the dunes was, but allow me to offer a few more pictures. 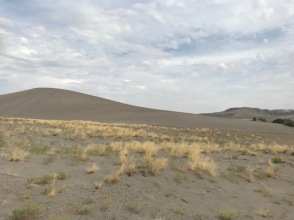 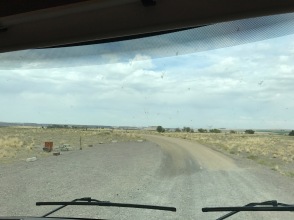 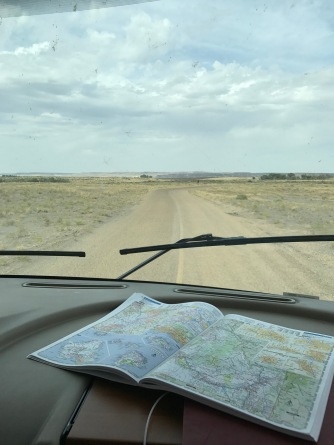 We tossed around the idea of getting out here and having a roll down the sand just so we could say we did, but in less than 30 seconds we thought of all the ways it could go horribly wrong (I would hate to break my coccyx) and chose to move on.

All the way to Boise.

On the way, there was even a sketchy (extremely narrow) bridge (it’s construction season in Idaho too) we had to traverse. I’m very thankful Flight was happy to drive and he even earned his Fly Ace designation while doing so (not while traversing the bridge). 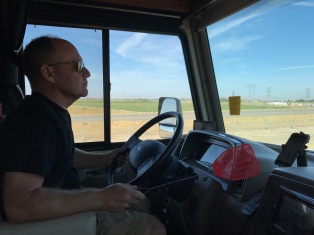 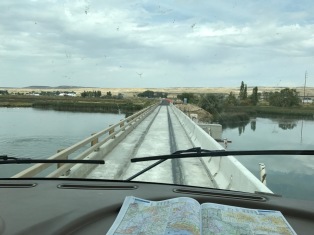 Although there weren’t many, one highlight of this thankfully brief stay in the KOA was Firebolt’s reintroduction to the card game Golf. Although I’m not sure I want to play with her anymore. This picture shows the third round she managed with a perfect hand. I have never seen anyone score -10 points in a round so readily. 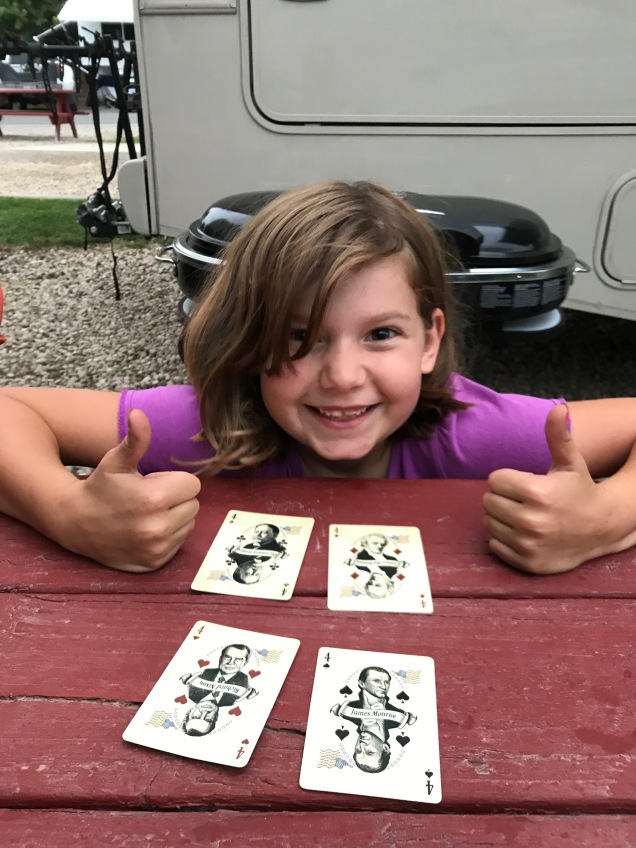 The other highlight was WoodSprite’s artistic endeavor. She was outside slaving away in the dark and came up with this lovely chalk drawing. 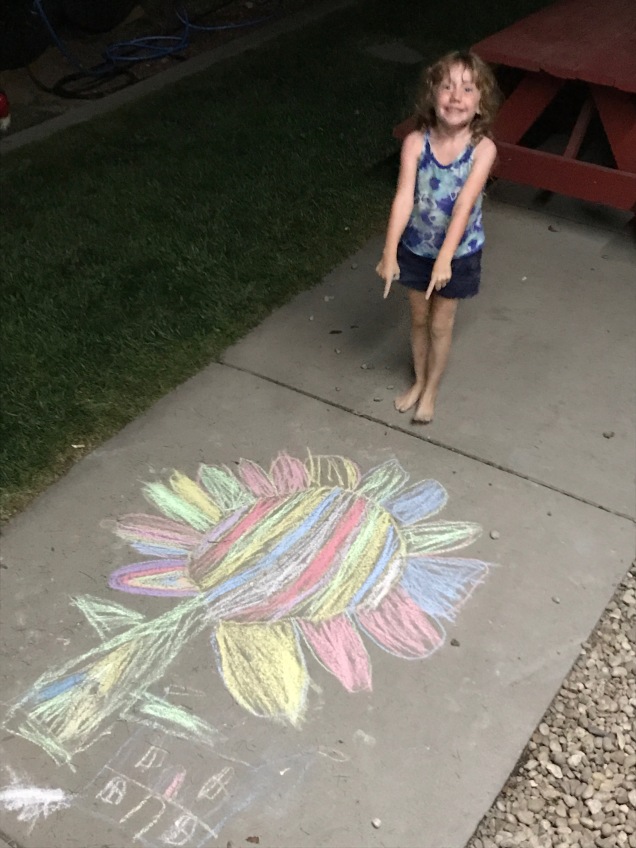 I would say that I’m sorry I missed the earlier drama with pushy children who snack on (or maybe just share) unfrozen Otter Pops, but that would be untrue. I was very thankful Keeper and I had been off to Trader Joe’s to restock the larder when all that unfolded. Flight is a rock star for deftly handling that mess.

And amidst the clamor of large pieces of construction machinery tirelessly working to build a new neighborhood, we sailed out of Boise as early as we could manage. Eventually I hope we can get back to see some of the hot springs littering Idaho. I know that the state has some beautiful places to visit, it just so happens not a single one presented itself on our transit through to Oregon.   Bummer…