*(during which we planned the rest of our year)

**OK, I KNOW.  How can I, how can anyone say something like that?  There are so many factors that go into a “good meal,” including the company, the setting, the vibe, the food origin, who prepared it, etc etc etc.  I get all that, and have had countless amazing meals, some as simple as pizza with good friends.  So by all means take my title with a grain of salt.  I do.  But I will say this.  Tacco and I have had a handful, probably fewer depending on how you define handful, of crazy high-end dinners.  The destination restaurants that require reservations months in advance, where it’s prix fixe, you have a constellation of wait staff popping in and out of nowhere bringing you course after course of artfully presented things you’ve never tried or often even imagined, accompanied by waves of the sommelier’s suggested wine pairings, and you leave completely overstimulated and hazy, wondering what on Earth just happened.  We’ve very much enjoyed all of them, yet after each one we’ve said “I’m so glad we went there and did that, but we won’t be back.”  After this one, we both said “I know we can’t do this, but I want to go back.  Soon.”

Here’s what happened.  We were offered an overnight date night by my parents, i.e. they watch the kids and we go somewhere and come back in the morning, and we jumped at the chance.  Not only were we jonesing for the alone time, but we were overdue to get serious about working out what would happen at the end of October when we had no more campsite reservations and an empty, unsold house awaiting us in Maryland.  We do our best life planning over dinner out, it seems.

San Francisco was the obvious date night choice, and while semi-trapped in my Dominican layover hotel I went about doing some research into what we might do.  My Dad happened to send me an article on the “10 sexiest Bay Area dinners” (Sexiest?) and near the top of the list was Single Thread in Healdsburg, in the heart of Sonoma wine country.  It’s a fairly new restaurant that my parents had gushed about previously, and had received uniformly jaw-dropping reviews, no small feat in the SF area.  This was not the type of place I had been considering, but reflexively I checked out their website and reservations tab, and was shocked to find one table for two available at 7:30 PM on the day we were planning to have our date night.  I double-checked and triple-checked, thinking I must’ve clicked the wrong month.  Maybe the wrong year.  Nope.  So after a brief discussion and not too much thought, which almost certainly would’ve caused us to balk, we went for it. 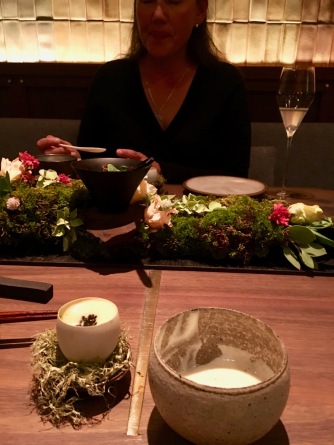 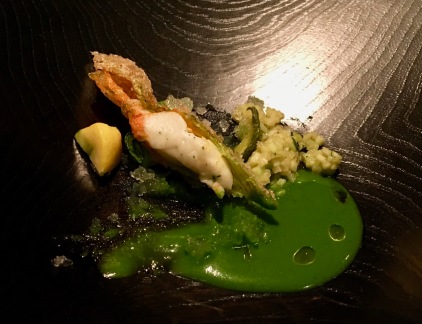 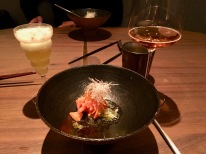 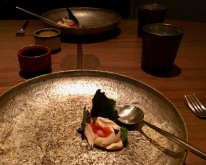 So OK… wow.  AMAZING meal in an amazing town.

Probably more importantly, we were able to take inventory of where we are as a family, whether we’re meeting our goals, and what we plan to do.  Let me see if I can sum up.

Tacco does not want to return to Maryland, which I understand.  Though we do miss our friends and family, we’ve developed a momentum that will almost certainly be killed by settling back into our house.  And it’s unclear to what extent we will settle.  Tacco wrote about her uncomfortable experience of being back in the house alone for a few days with it in a “ready to show” state.  My experience (a one day stay) was similar – I didn’t even sleep in my bedroom… just took my luggage down to the basement, tried not to disturb anything, and slept on the couch.  If we return, it will likely be some extension of that same phenomenon, given that we’ll probably leave our fully loaded motorhome on the West Coast rather than drive it all the way back to Maryland, store it, and winterize it.  Plus we won’t want to fully re-integrate ourselves into the various social commitments (Scouting, sports, etc) while knowing that we plan to leave again in the Spring.  I think it will feel like living in someone else’s house on an extended visit.

That said, I really don’t see any viable alternative to returning.  Even if we decided that we could sustain paying a mortgage and all the other expenses for a house in which we weren’t living (and we definitely didn’t decide that), the house can’t just sit empty through the winter.

Our winter plans were fairly amorphous anyway.  We didn’t want to just spend a few months doddering in Florida with all the other snowbirds, waiting for it to warm back up, so we talked about a ski month, maybe a few weeks abroad…  While that won’t happen now, what we are planning is not too far afield.

The kids definitely do want to return to Maryland.  When pressed, however, it’s always about the friends they miss.  Being back could break heavily either way for them.  They could realize that they didn’t really miss it after all and that their friends are busy with school and moving on, or they could cling to the return of some semblance of familiarity and make leaving again even more difficult than it was the first time.

I’m somewhere in the middle on the kids-to-Tacco spectrum of desire to return, though closer to Tacco than the kids.  My gut reaction to flying back and taking a few months off the road schedule is relief, but it’s followed closely by distrust of that relief, as I think it will come with baggage.  A clean cut would’ve been preferable.  But of course that ship has sailed.

So, after much conversational noodling and what-iffing down various forked paths, punctuated by the oohs and aahs brought on by the aforementioned best meal ever, the current iteration of The Plan is this:  We’re going to keep on traveling, staying generally in the West, until early December, at which point we’ll park the RV and Toad (only unloading / shipping home what we absolutely need) for storage at a military base in Southern California.  We’ll fly back to Maryland, take the house off the market, and re-group.  We don’t intend the house to be a “home” as much as a “home base,” as with the kids not in school, we’ll take every opportunity we can manage to continue in the spirit of our trip.  We still may do a winter month in the mountains, though it’s looking like we’ll do that back in Bend rather than Park City or somewhere crazy like the Alps.  And in the early Spring we’ll put the house back on the market, fly back to California, pick up Davista, and hopefully jump right back in.  There’s so much more to see.   Always.

We still don’t know where we’re going to live, and at some point we’re really going to have to get serious about that.  But at least we have a workable plan from which to deviate again and the kids have something solid to look forward to.