Every year Flight and I do the same dance. I ask him, “How do you want to celebrate your birthday?” and his response is always the same, “I don’t.” “Oh, come on. What do you want to do for your birthday?” “Ignore it.” I don’t get it. What a great opportunity to celebrate life with those you love.  So what if the mileage keeps ticking upward, I like taking the time to take stock of my blessings and joyfully affirm where I’ve been and where I’d like to go. Along those lines, I was pretty stoked to celebrate Flight’s latest birthday with some of his long time friends whose connections to Flight predate mine by decades.

I returned the birthday favor and made a lovely brunch with the family. No, wait, that didn’t happen. Flight instead ran out and collected some good local eats that we all enjoyed while he opened birthday presents. Regardless of my role in the unwrapping activity, my favorite aspect of opening presents is seeing the joy blossom on the giver’s face when the recipient embraces their newest possession. Nowhere is this delight more pronounced than with our kids.

WoodSprite was beside herself excited for her father’s birthday. All the way back at Caspar Beach she had gone with her siblings to the RV Park’s store and purchased a bracelet for Flight with her very own money. The self-acknowledged Worst-Secret-Keeper-in-the-World, WoodSprite could hardly contain herself while Flight opened her special gift and fought not to spoil the surprise all the way until he ripped the last of the home-decorated paper away.

While we were in the Beach Cottage at NAS North Island, I oversaw Firebolt making her gift for Flight. We had made a trip to Michael’s to pick out an unfinished frame, appropriate pink and blue paint for decoration, and small wooden letters that spelled out “DAD.” Once she had finished the frame, we printed out a picture of her and Flight during a Marine Biology class. Firebolt was at least as delighted as Flight with her creative present. 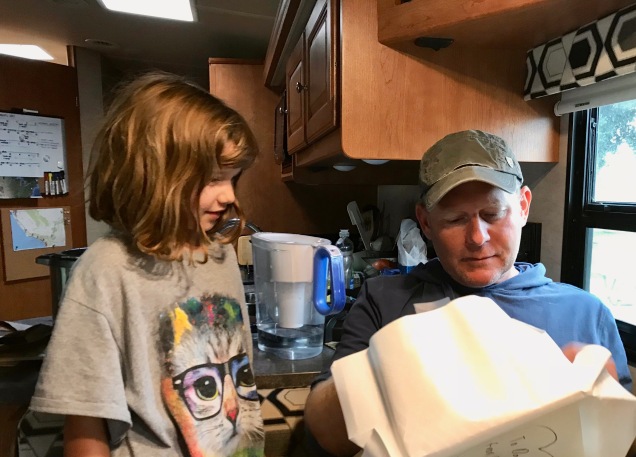 Before we left San Diego, Keeper and I had made a run to Whole Foods, allegedly to purchase groceries, which we did, but it was also conveniently located next to a Paper Source where we could find a few perfect gifts for WoodSprite (her birthday is the day after Flight’s).   Inspired by their vast supply of colored business-card sized cardstock (and size-appropriate envelopes), Keeper asked for my assistance in creating a scavenger hunt for Flight solely inside the RV. With only a few suggestions, Keeper created poems to communicate ten clues, one on each business card leading to the location of the next. It was tricky to hide them where they could still be found, yet out of plain sight until the time was right. Opening the first one at the table, Keeper led Flight on a merry chase through Davista, which culminated with a one-dollar coin prize that the two have been exchanging for birthdays, Father’s Day, allowance payments, and missing teeth for at least a dozen of these events. A great start to a non-celebratory day. 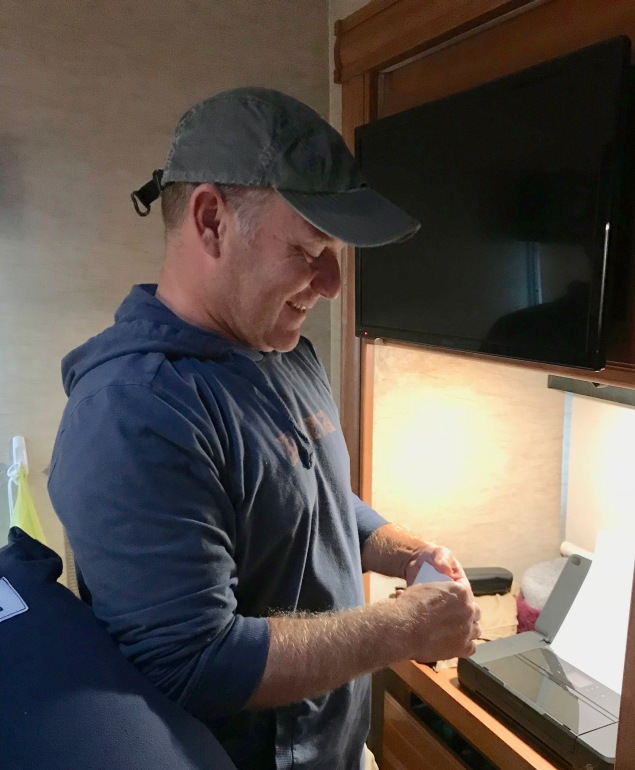 We popped over to see some close family friends where Grammy and Papa were staying. The afternoon was filled with football, food, friendship, wine, and water toys. Keeper and Flight went out first on the paddleboards.

Keeper didn’t make it too far out before turning back, perhaps not realizing all that went into such a venture. Most impressive was Flight’s paddleboarding with a beer, which wasn’t knocked over until he came back (so he says).  He maintains the solo event happened when he knocked into Keeper’s paddleboard afloat in the marina and, as I did so witness it, I’ll give that to him (it was his birthday). 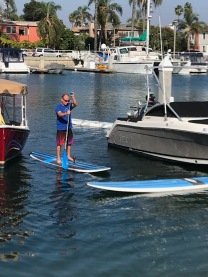 Most unnerving was that he took WoodSprite out sans lifejacket for a “quick” paddle. Papa and I were equally concerned by their delay in returning and we launched the Duffy to find them. I got a visual on our wayward paddleboarders just as we got underway and we returned to the dock. 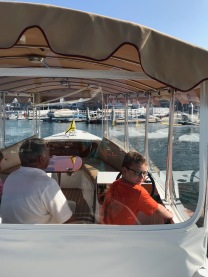 We launched the Duffy in earnest for a birthday sunset cruise completing our day with more delicious eats, excellent wine, and even better company. 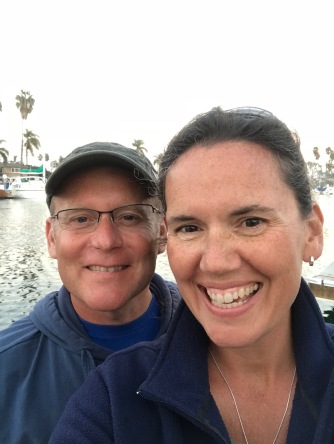 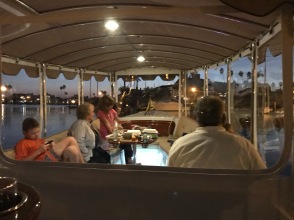 I don’t know about Flight, but I sure enjoyed a very, merry unbirthday. Now we just have to gear up for WoodSprite’s big day (tomorrow) at Disneyland. A Sunday, perfect weather predicted, the last weekend before Halloween, surely there won’t be eleventy billion people at the Disney mecca…