Our last day in Bend came too soon, but we made the most of it. Since we’d already done a riverside hike, we opted to check out the volcanic terrain as well. Although it was hazy due to all the fires raging north of us, the surreal landscape was spectacular nonetheless.

Having several Minecraft aficionados in the family, we noted that this particular trail could easily have been the inspiration for that particular computer game. The kids loved scrambling all over the angular rocks peppered with crevices of unknown depth. Because my sense of balance isn’t always trustworthy, being in close proximity to such places tends to make me a little uncomfortable. Watching our son rocket across them was no more enjoyable, but I heeded Flight’s observation from our previous hike and let him go. I was pleased to see that when my mother’s intuition really objected to his intended path, Flight, too, weighed in as a voice of reason discouraging any foolhardy leaps of faith.

Firebolt was a trooper. In a rush to pack up and get on the trail, I didn’t do my standard clearing turn to make sure no one’s fingers were near the hatchback before I shut it. Fortunately her hand was on the boundary of where the hatch meets the frame and only got pinched. While that was certainly uncomfortable enough, I am very thankful it wasn’t more serious. Firebolt totally rallied and was an enthusiastic hiker regardless of her throbbing finger(s). 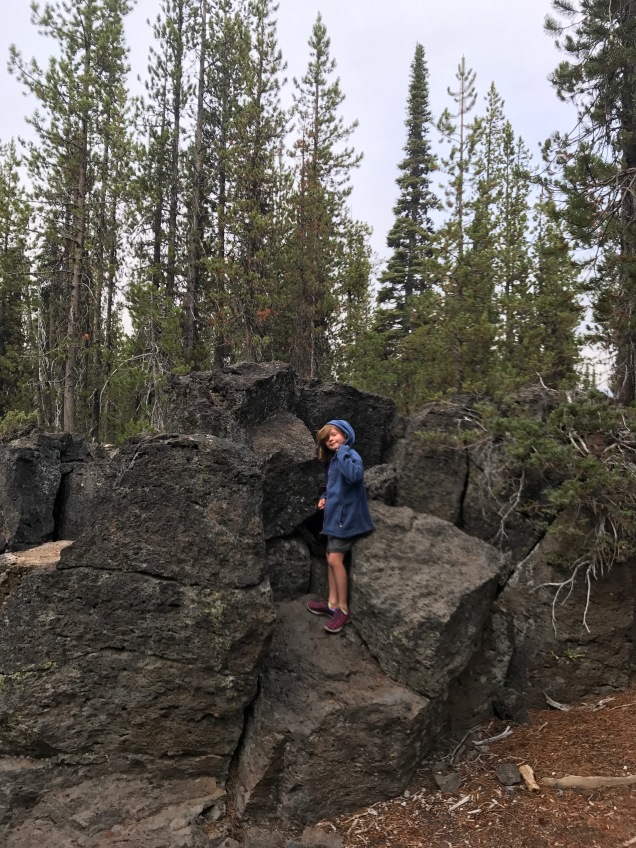 I am vaguely concerned that we may be raising a society of narcissists. WoodSprite often loves to strike a pose and say, “Hey, Momma, can you take a picture of me?” and as soon as I move my iPhone from picture taking position, she asks, “Can I see it?” This hike alone provided me ample opportunity to make this observation. 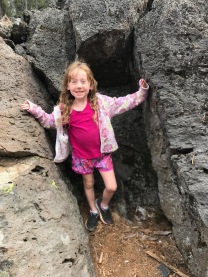 We wove our way through the woods thick with solid lava flow and came first to a bitty lake. 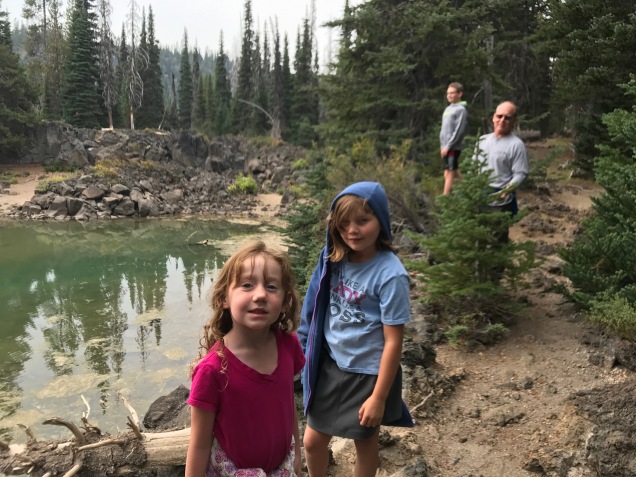 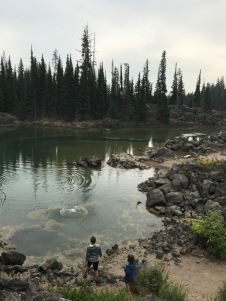 After thirty minutes of mad scrambling over the lakefront’s rocks, pausing only to launch larger and larger boulders into the water to observe the ripples move out (physics lab complete), we moved on to the larger body of water on the trail, Lake Sparks. 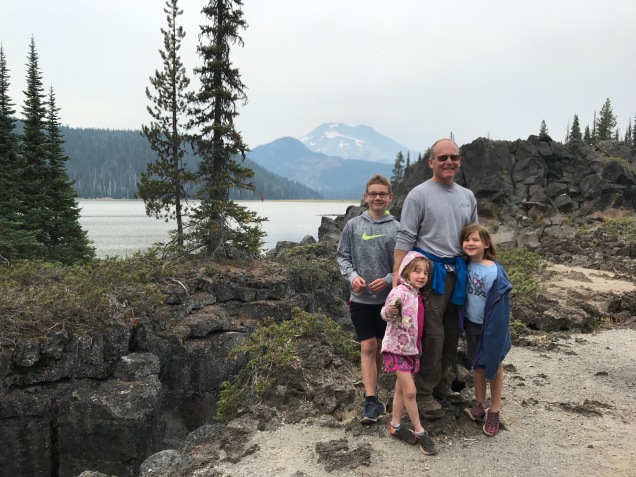 Tarrying to match WoodSprite’s shorter strides, we rounded the last patch of trees and came upon this view:

Flight was helping Firebolt to ascend this sizable pile of rocks and Keeper was clambering across the crest. When they were nearly to the top, I asked Flight how the going was because WoodSprite really wanted to join everyone at the summit. Of course she did. I dug in past my vertigo-based apprehension and committed to climbing as well. 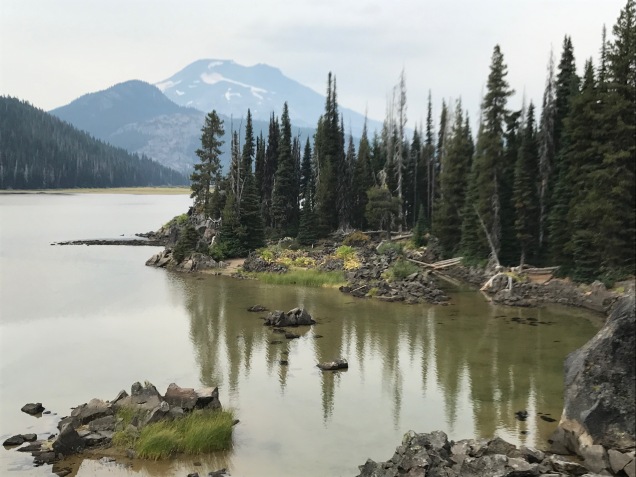 The views from above were stunning, but it made me quite woozy to sit atop the ridge line. I solidly grounded my lower limb proprioceptors and distracted myself by taking pictures. This vertigo business blows. 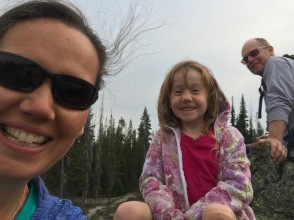 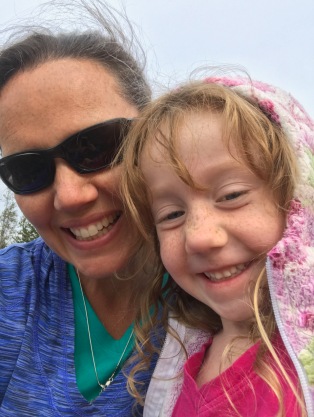 After a beautiful hike, we headed into town to sample yet another delicious dinner at 10 Barrel.

Flight and I are of like foodie mind and, in order to enjoy more items from any menu, we confer then tend share whatever we order. We opted to split the Moroccan Grilled Shrimp, Wild Alaskan Salmon Wraps, and the pizza of the day (one celebrating the local squash harvest partnered with goat cheese). This was one of our favorite meals thus far as the flavors highlighted were beautifully partnered. If you don’t believe me, check out their menu here. And, as you may imagine at one of the best brew pubs in town, the beverages were pretty rock star too.

I crawled into bed that night a little bummed we wouldn’t be staying in Bend for a few more years days. Because we’d already sacrificed precious Oregon time for a longer though certainly not regrettable stretch in Park City, we had to move on in the morning. Don’t get me wrong, I am eager to see the Oregon coast, I just don’t want to move free of Bend’s grasp just yet. So, in case I haven’t been clear, aside from the tricky commute for Flight, Bend hits all of my wickets to lavishly feed my soul for the foreseeable future.

One thought on “One Last Day in Paradise…”