If you are unfamiliar with this particular National Park, that may be because Firebolt renamed it.  And once that child has something in her head a particular way, that’s just the way it is.  Try as we might, we can’t get our daughter to let go of calling it Tentacles…

After getting on the road at the gentlemanly hour of 10 am, we departed Alamo and drove just over two and half hours to arrive at PINNACLES National Park, arriving in the early afternoon.

Pinnacles National Monument became our country’s 59th National Park in 2013, and number 9 for our flight to visit.  This particular piece of prime real estate was formed 23 million years ago, give or take, when a whole mess of volcanoes erupted and the Earth’s crust shifted around (and bunched up on itself) to create a wholly unique landscape.  Because my pictures didn’t even remotely capture its splendor, I share the following image borrowed from the National Park Service website:

Our intention with this particular stop was to overnight on the way to Seal Beach where we had reserved a spot to park Davista (and the Subaru) through the winter and see what we could see during out short stay.  Upon checking in we made a beeline for the Ranger Station/Visitor’s Center.  With a stop to evaluate what the Subaru was up to…

The girls collected their Junior Ranger books just in time to head out for a talk given by a Ranger on the condors in the park.

Firebolt and WoodSprite were captivated, but my least favorite part was handling the feathers – so I didn’t – I don’t know why, but feathers just kinda gross me out.  I think it probably has something to do with my hyperactive imagination that I can’t manage to disengage when I see parts of but not the whole animal   It’s way worse in murky water. But I digress…

Through the Ranger’s informative talk where we learned that, slowly but surely, the condor population has grown from a dismal 22 in the 1980’s to now more than 400.  All of these majestic birds have been bred in captivity and Pinnacles National Park is one of the five sites in North America where these enormous creatures have been released. We didn’t see any condors, but, again, another picture from the National Park Service site:

When the talk concluded we headed back to the Ranger Station/Visitors Center so the girls could finish my favorite Junior Ranger activity to date.  How often do you get to match replica skat to the right species? What an awesome opportunity! 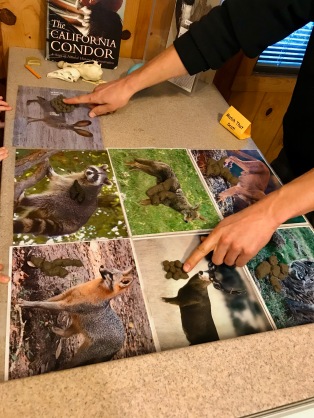 Who doesn’t like to inspect and handle replica feces?!

Well, our 9 x Junior Rangers were all over it and there may or may not have been some giggling involved.

In writing this, I’m reminded of a Muppet sketch where a sports commentator was covering the illustrious sport of wig racing and asked one of the trainers how he cared for the wigs, “Do you use shampoo?” “Nope, nothing but the real thing…”  But I digress, yet again…

Before the sun set (and we’re nearing the winter solstice with daylight rapidly dwindling), we grabbed a snack and went for a shortish hike. 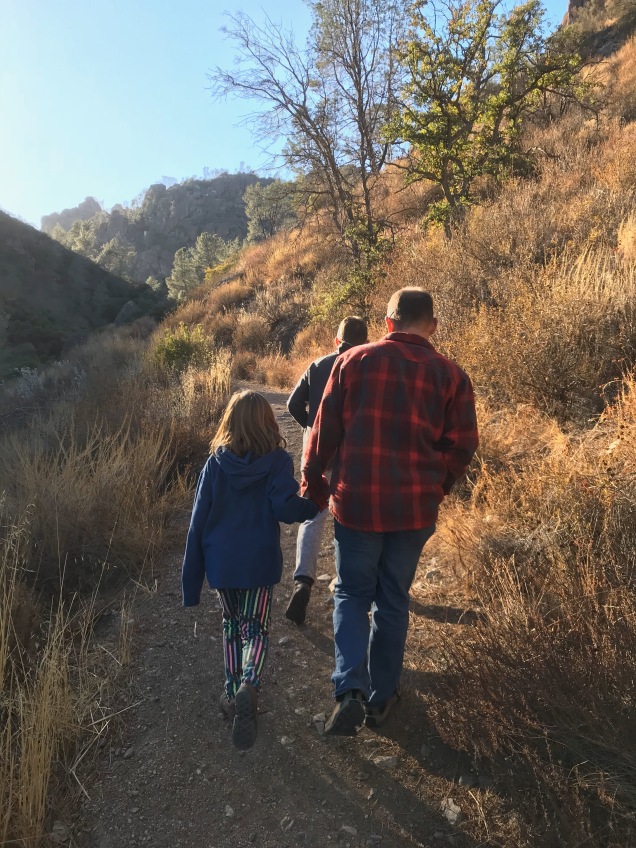 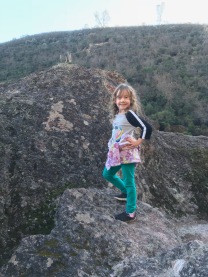 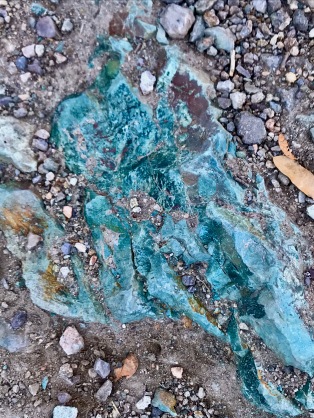 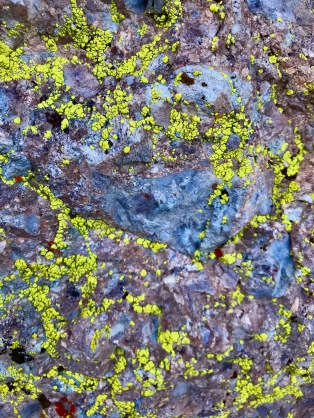 Although we saw some beautiful colors in the lichen and Keeper was rather blown away by the enormous pinecones, it became apparent that none of our hearts were really in experiencing the Park’s beauty.  Perhaps I was projecting that on everyone as I could feel my overtired inner 5-year old threatening a tantrum.  However, while I think WoodSprite may have picked up on my impending meltdown, she managed this one just fine on her own.

On our way back we distracted WoodSprite by asking her to flex her Junior Ranger savvy:

How about this one…

Yeah, me neither.  Normally I’d offer up Bengal Tiger, Komodo Dragon, or something equally outlandish, but I simply couldn’t muster the enthusiasm to so “guess.”  I think we’re all processing the upcoming departure from Davista in different ways and I’m trying not to wallow in my brewing emotions.  Here’s hoping a day at Disneyland will similarly serve to distract and soften the abrupt departure from our newly cultivated lifestyle into what exactly (I still don’t know) as we make our way back to Maryland.

It should work, right?

All 5-year olds can’t not get distracted at “The Happiest Place on Earth,” right?

I sure hope I’m one of them…